How to Stay Active During Winters In Spite of Pollution

There is no better start to a winter day than a run in the crisp morning air, followed by breakfast while basking in the warm winter sun. Increasingly, however, winters have become an omen of high pollution levels, severe air quality, choking smog and endless respiratory problems.

We know that physical exercise is necessary for a healthy lifestyle and mental well-being. It has multiple health benefits - such as reducing the risk of diabetes, heart attack and stroke, strengthening the respiratory system, and also effectively countering stress and depression. People living in polluted areas face a higher risk of all the above ailments, making it imperative for them to exercise regularly. However, during any kind of physical exercise one inhales more frequently and more deeply, thus breathing in more air. Furthermore, one is more likely to breathe through the mouth, making the polluted air bypass the nasal passage, which normally filters out some airborne particles.

While one may be inclined to avoid exercising in such conditions, studies have shown that it's better to workout regardless of external conditions, than to not exercise at all. A study conducted by researchers from the University of Copenhagen on 52,061 people over a period of 13 years, found that participants who took part in sports, cycling and gardening during the 13-year period showed a lesser likelihood of dying from any of the illnesses mentioned above, with benefits of outdoor physical activity not being reduced by exposure to pollution. The findings were reported in the journal of Environmental Health Perspectives.

Here are guidelines for exercising in heavily polluted areas.

Check the air quality in your area before exercising

Apps, such as the free Airveda app, provide air quality data in your area. Do an air quality check before you step out and try to limit outdoor exercises and runs to days when the air quality is not poor. If possible, go for runs during lunch or late afternoon, since air quality improves during the day as the day gets warmer. Furthermore, you don’t need to go running in order to get a great cardio workout. Light calisthenics, yoga, martial arts and indoor sports such as wall-climbing, tennis, badminton and squash, are all great alternatives for running. It’s better to choose exercises that do not require very heavy breathing or being outdoors where the pollution levels are high.

Based on Indian AQI, we suggest the following exercise standards:

Trees and other vegetation release oxygen into the environment, making green areas such as parks more ideal for exercising outdoors. The greatest advantage is that there are less sources of vehicular emissions around, eliminating a whole range of pollutants. On days when it is safe to step outside (as per the chart above) choose green areas.

Keep a healthy distance from the road

If you are cycling, jogging or walking outdoors, it is best to avoid doing so close to roads – particularly busy ones, or ones where there is construction going on – if possible. Studies have shown that air pollution levels are higher on busier roads due to vehicular emissions as well as dust that is kicked up by the vehicles, but that the amount of pollution drops in line with how far away you are from a road.

When cycling, jogging or walking behind cars, scooters, motorcycles, lorries and other vehicles, you will breathe in very high levels of pollutants that can be harmful to your lungs. If it is safe to do so, move around these vehicles to try and reduce your exposure as well as keep your distance.

Air pollution tends to get trapped on roads with tall buildings on either side, as the tall buildings block any breeze that may disperse the pollutants. Such roads usually have poor air quality and should be avoided for running, walks or cycling. Traffic lights are another pollution hotspot to avoid, because when vehicles move away from traffic lights they emit more pollutants.

Try to avoid exercising outdoors during rush hour, especially in busy traffic areas, or other times when there is heavy vehicular movement. Air quality is particularly bad at such times, and even though you may not be exercising close to the road, the air pollution will impact you. Choose an alternative, quieter time to workout.

Wear a mask if possible

You’ll breathe in harder, deeper and faster when exercising, meaning you’ll inhale a larger amount of pollutants than if you were just relaxing. For this reason, whether you are exercising outdoors or indoors, you should wear a pollution mask. They tend to get uncomfortable because you are breathing fast and releasing greater CO2. So finding a mask which has really good CO2 ventilation will be essential to be able to use a mask during heavy exercise. 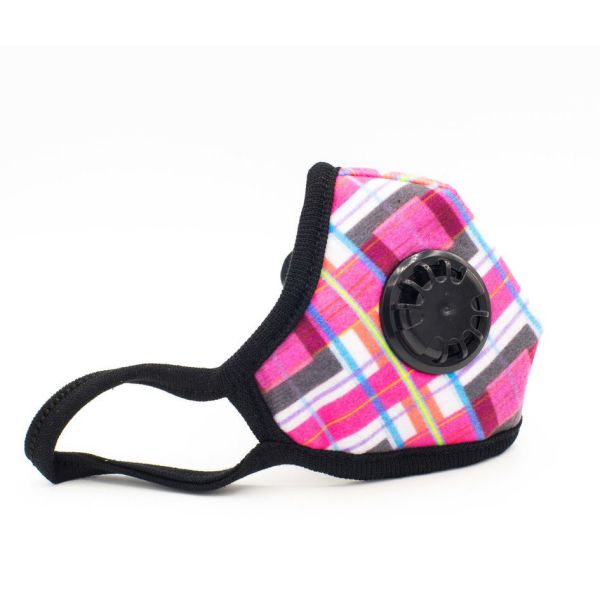 Food plays a major role in helping your body fight air pollution. Antioxidants help the body eliminate toxic substances. Foods that are rich in vitamins E & C, such as fruits, as well as green, leafy vegetables which are high in antioxidants should feature in your diet daily. (Hear from wellness expert, Ms Saroj Modi, about what foods help you build a stronger respiratory system here.)