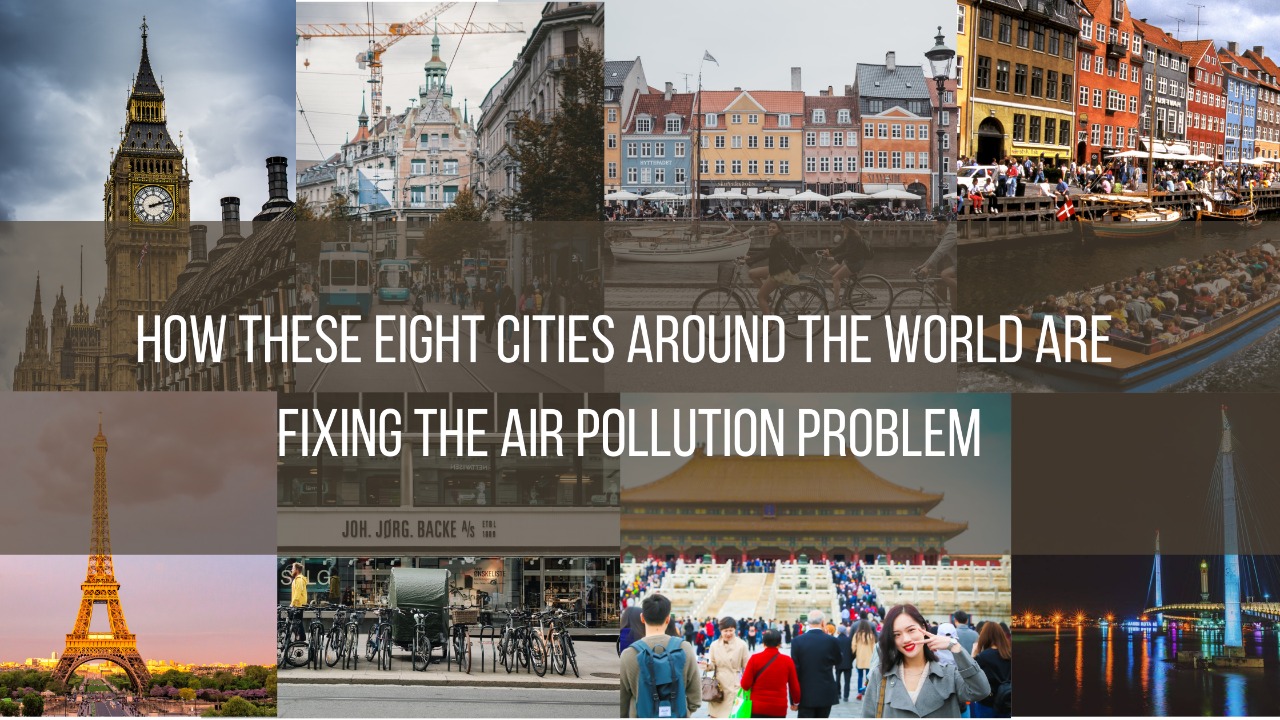 The Northern part of India is yet again enduring a fierce bout of “severe” AQI, courtesy drop in temperature and dense smog.The struggle against soaring air pollution is not a new one, and it is also not a localised one. Common factors like smog, vehicular and industrial pollution have impacted air quality of numerous countries globally.

WHO air quality model confirms that 92% of the world’s population lives in places where air quality levels exceed “WHO’s Ambient Air quality guidelines” for annual mean of particulate matter with a diameter of less than 2.5 micrometres (PM2.5).

In fact, in a first, a UK coroner ruled that air pollution contributed to the death of a nine-year-old girl who died in 2013 after a serious asthma attack, back in December 2020, making global headlines. This was the first time in the UK, and possibly the world that air pollution was ruled as a cause of death for a person.

So here are ways in which 8 cities are tackling air pollution: 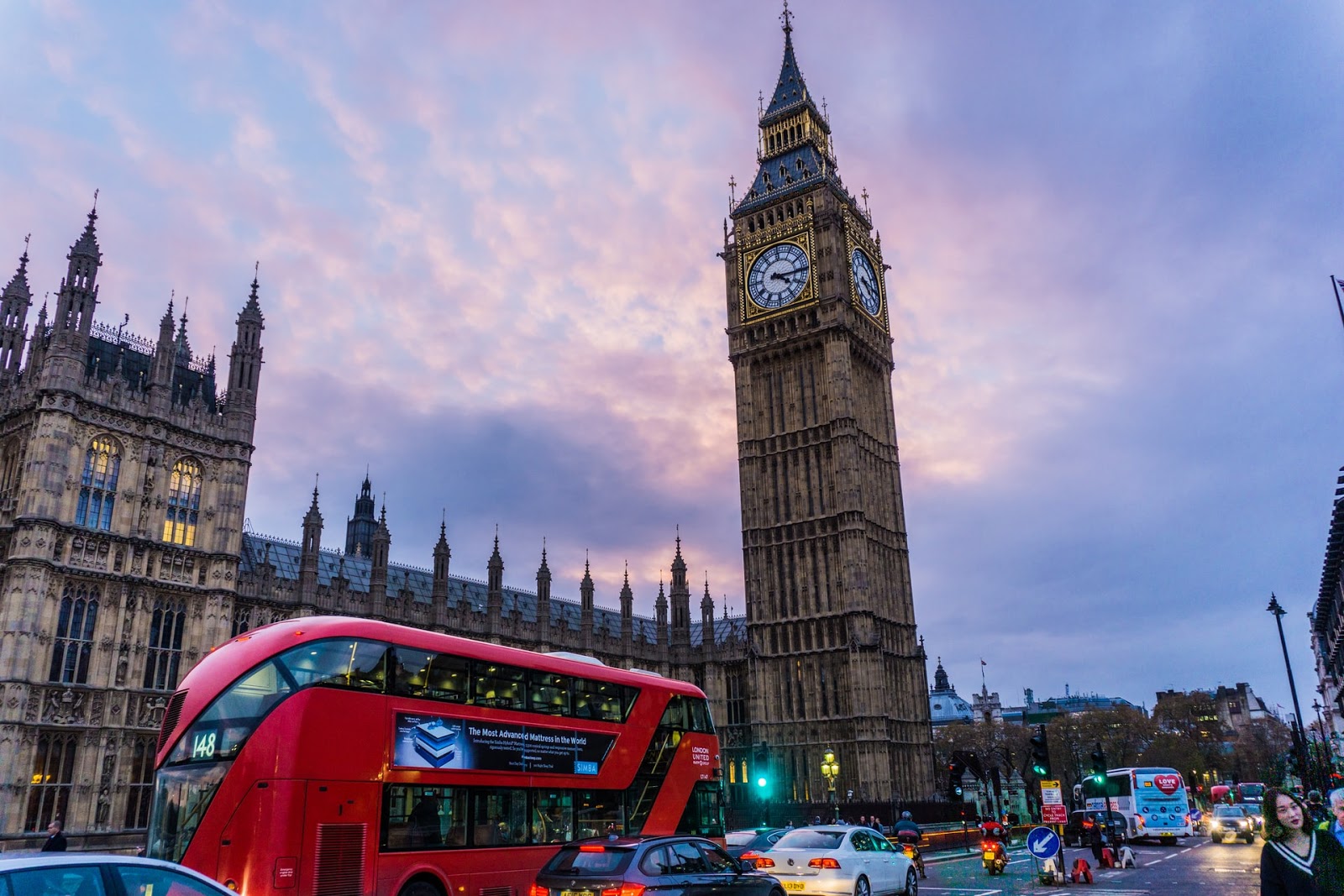 In December 1952, London was trapped in a cloud of pollution and fog for five days. This was caused majorly because the British capital relied on cheap coal for everything from generating power to warming homes. The thick layer of smog disrupted everything and even entered houses, and ended up killing around 12000 people. Since then, London has cleaned up its act.

To deal with the hazardous levels of air pollution, London has recently introduced an Ultra Low Emission Zone, that operates 24 hours a day, seven days a week, every day of the year (leaving Christmas). Drivers of older, more polluting vehicles are being charged to enter the congestion zone area at any time.

According to London City Hall, toxic air pollution has reduced by a third in the six months since the measures were employed. 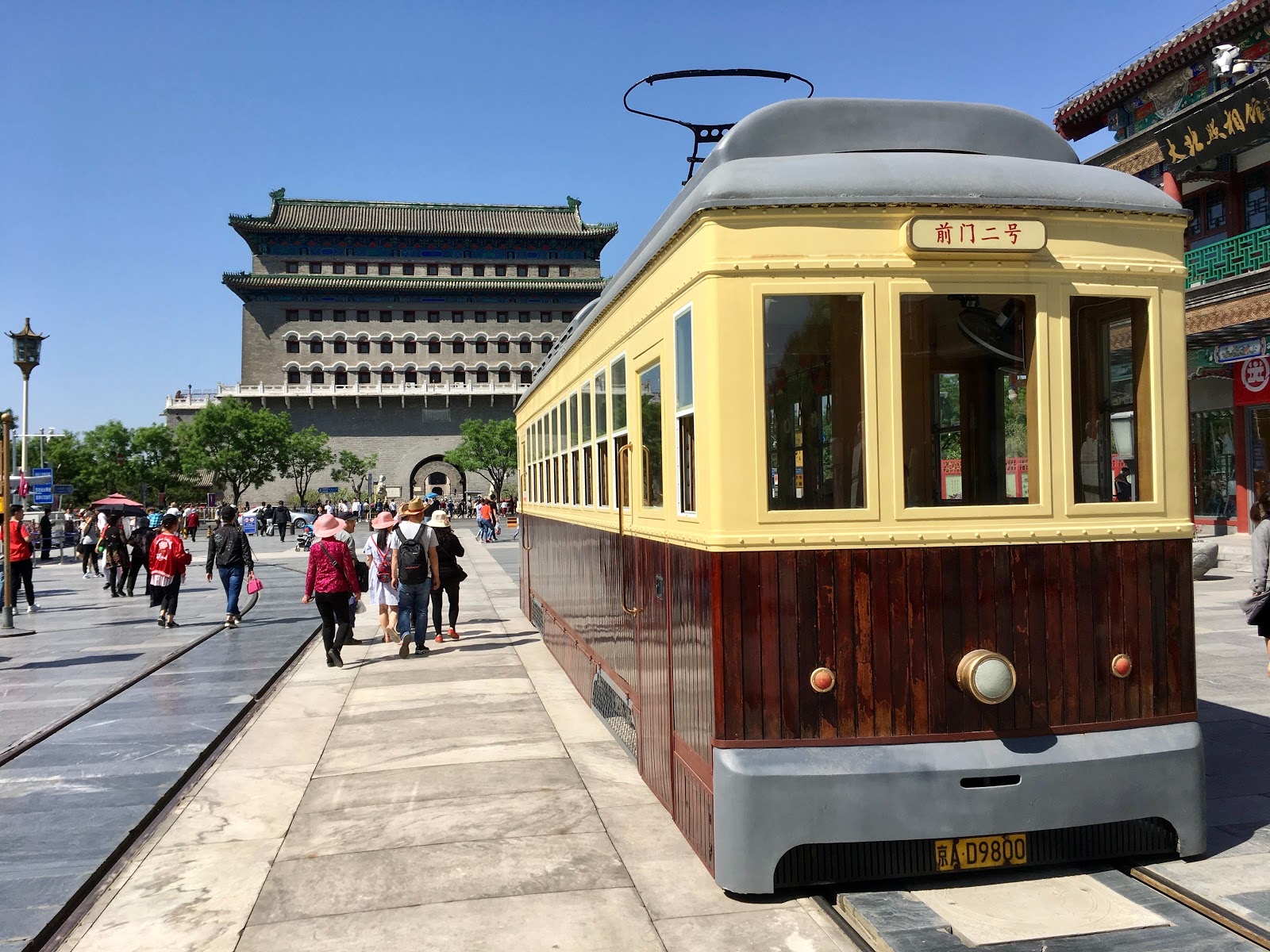 The fast-paced industrialisation in China led to severe pollution levels in Beijing, which got worse in no time with a boom in car ownership from the 1980s onwards. According to a report by the Shanghai Academy of Social Sciences , the city was nearly "uninhabitable for human beings". A study released by the Shanghai Academy of Social Sciences in 2014 deemed Beijing to have the second worst living environment across 40 global cities.

Over a course of two decades since 1998, the Chinese government has imposed ultra-low emission standards, created an advanced air quality monitoring system, and built more public transport to tackle the menace of air pollution. The government is also pressing residents to give up coal stoves and furnaces at home, and to use higher-quality gasoline and diesel for vehicles. Car emissions standards have been upgraded in the country too, making them comparable to those in Europe and the US. In 2017, the government also announced the closure or cancellation of 103 coal-fired power plants, and pledged to cut steel production capacity to curb industrial pollution. 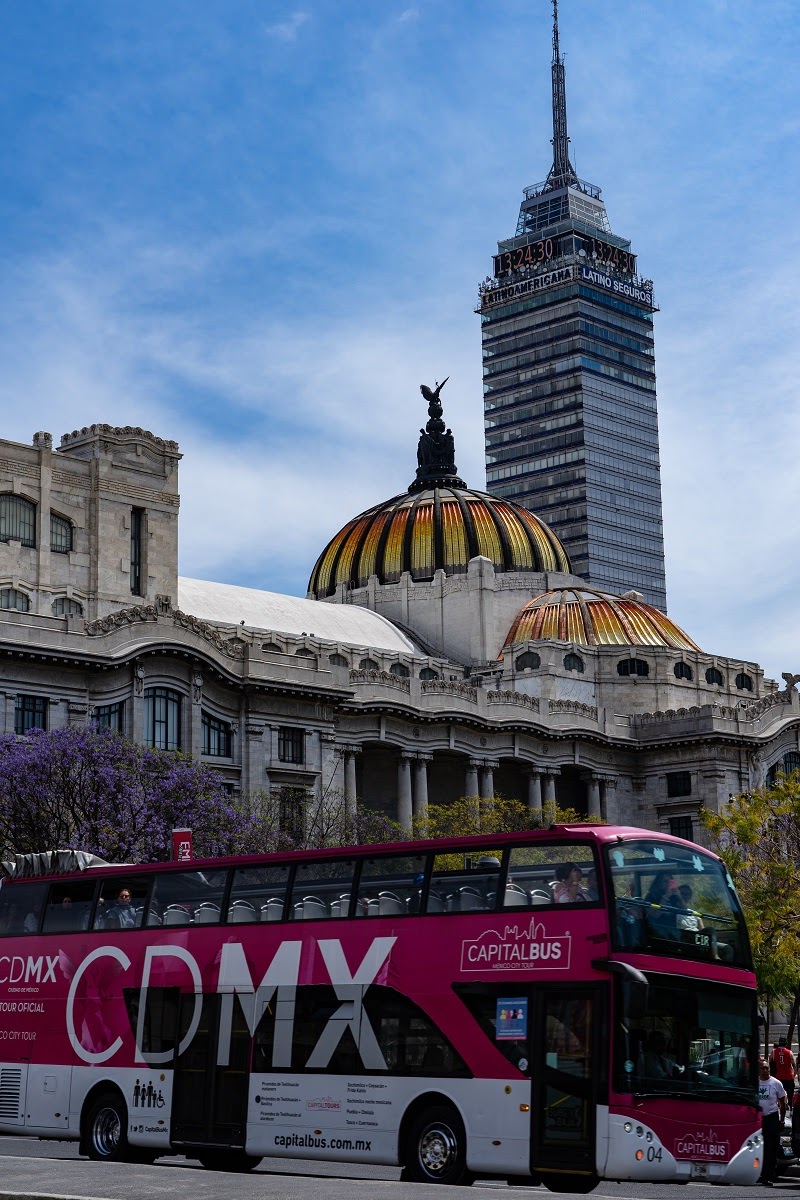 Mexico city had earned the dubious honour of being ‘the most polluted city on the planet’ in 1992. Just breathing in the city was equivalent to smoking several cigarettes in one day. This was as a result of the city's position within a high-altitude valley and thousands of cars driving around.

Mexico city, in the year 1989, was the first city to restrict car usage. It brought down the number of cars on roads by 20 percent during the weekdays, based on their number plates. The city introduced ProAire, a programme to address pollution on several fronts, including: reducing industrial and automobile emissions; raising public awareness; promoting cleantech and green methods of transport, along with certain measures. The pollution levels in the subsequent years fell substantially as a result. 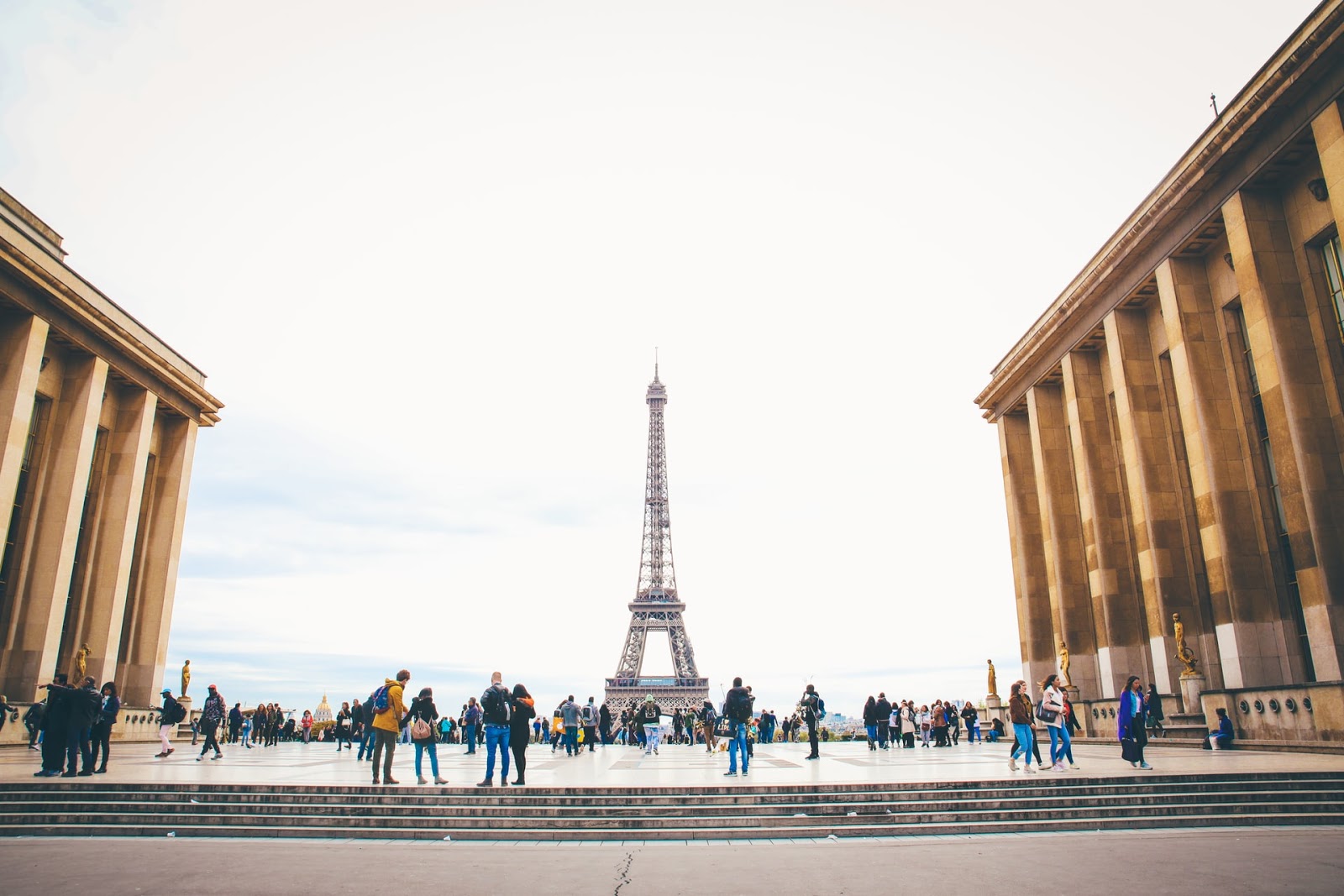 In a move to combat air pollution and open up more space to pedestrians, Paris has expanded car-free zones to include most of the city-centre. This regulation will be enforced from 10 in the morning to 6 PM. The French capital also banned all kinds of private and Government construction for a time period. 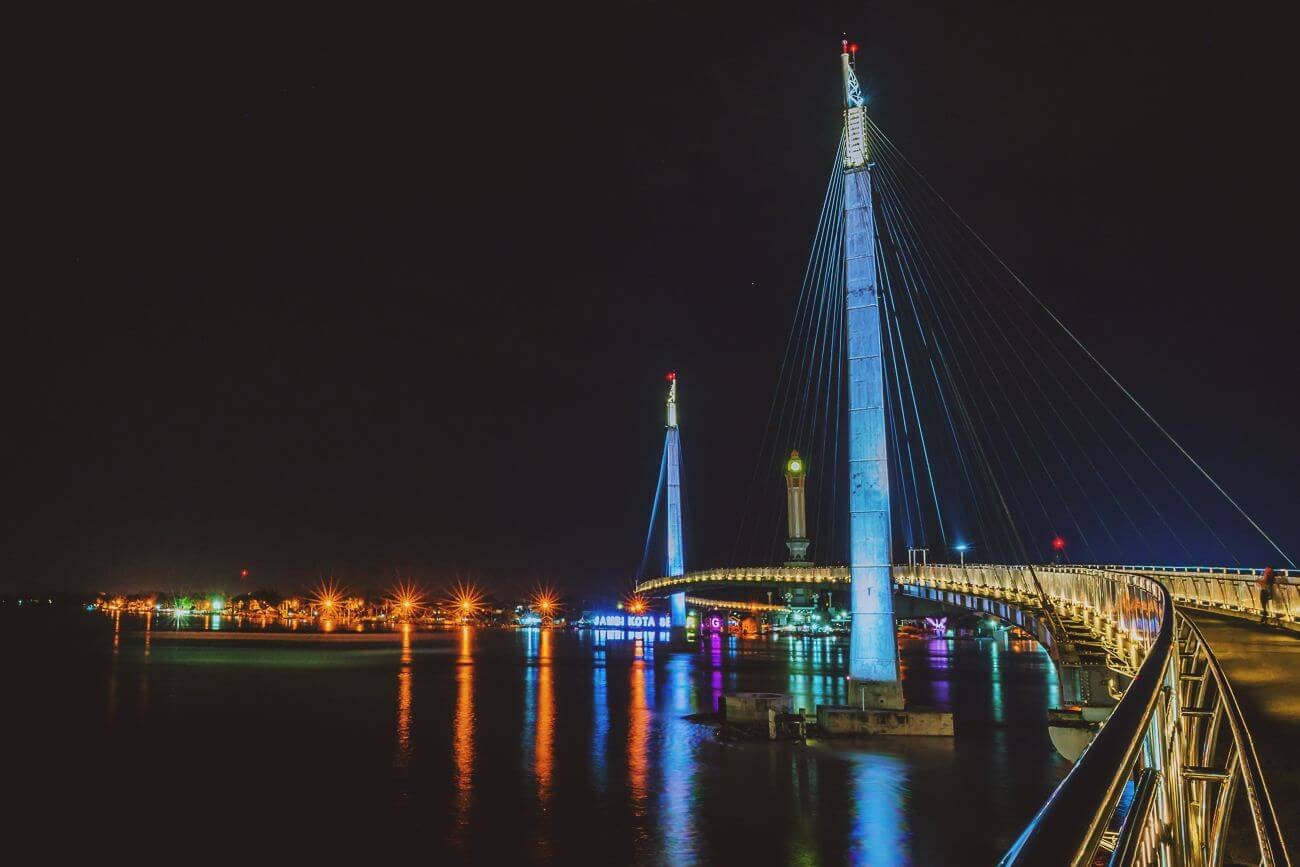 According to the UN Environment, Jambi city in Indonesia has given approval to an emissions mitigation plan that entails reducing and capturing methane from waste, and local regulations that ban waste burning and promote planting trees. 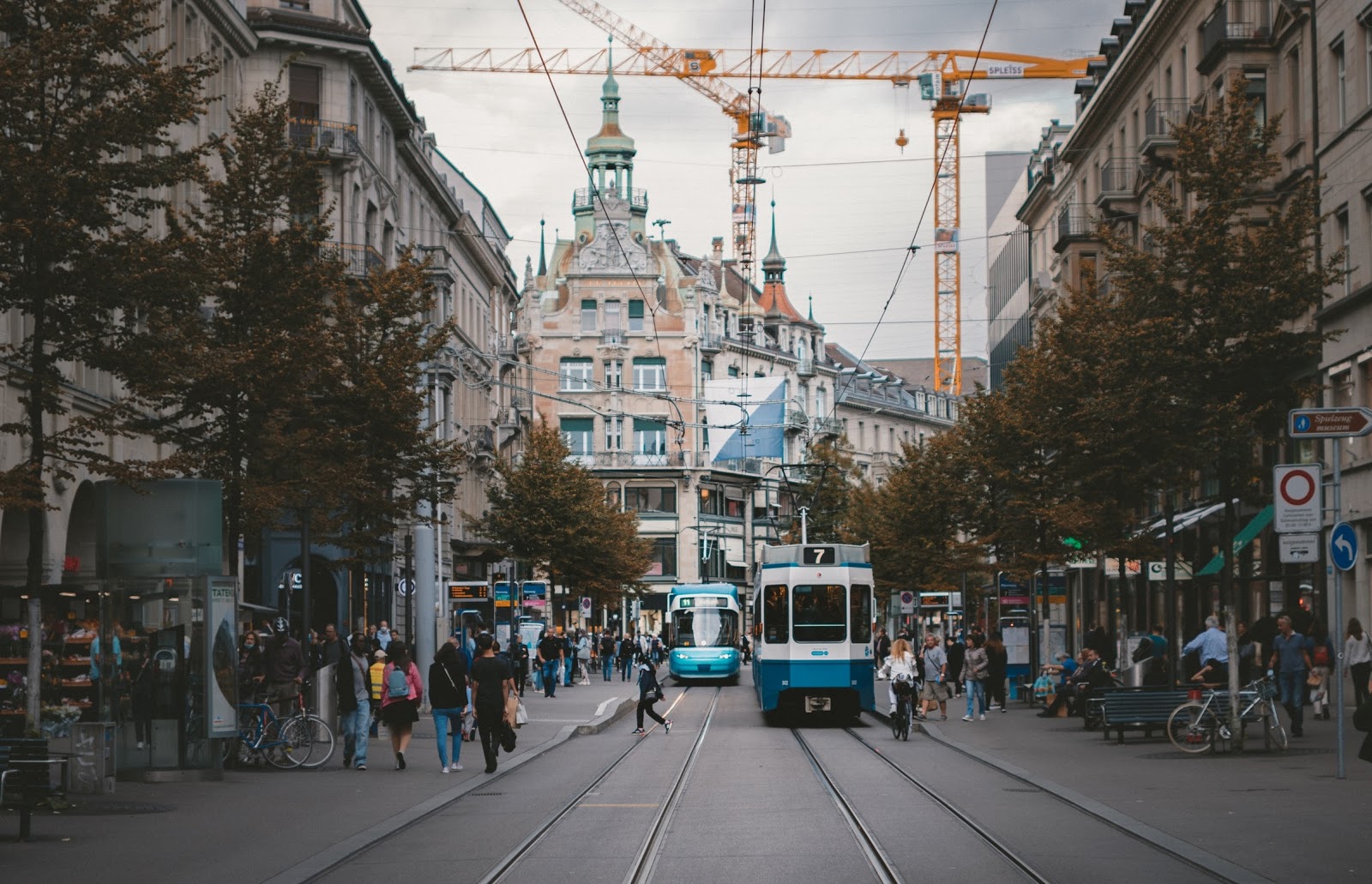 Zurich has capped the number of parking spaces in the city, and only allows a certain number of cars to park at any point of time, and is building more car-free areas and tram lines. It has also placed tight restrictions on highly polluting vehicles such as diesel cars, trucks and construction machines to curb pollution. 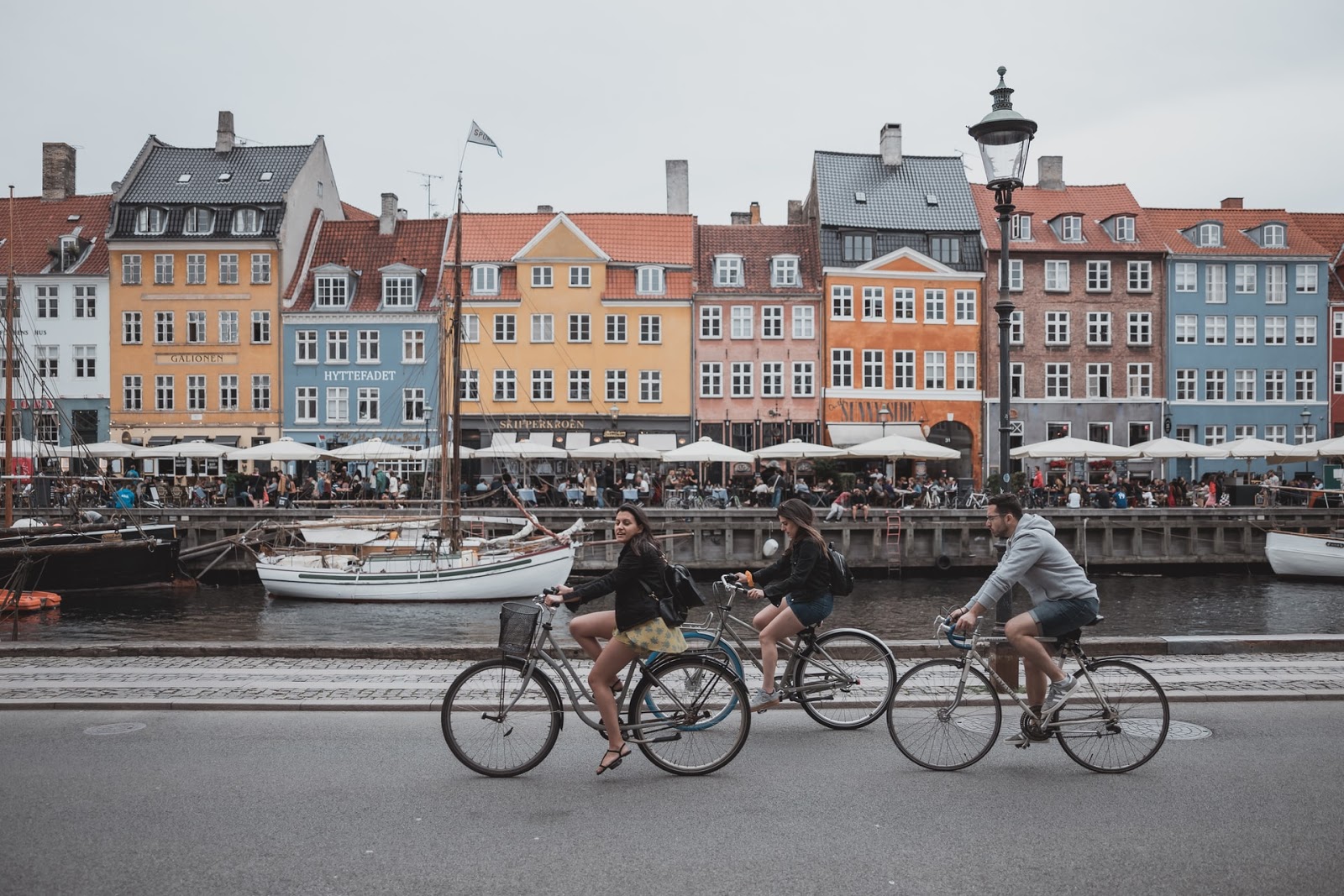 Copenhagen prioritises bikes over cars and now has more bicycles than people. The Danish capital plans to become carbon neutral by 2025. The city works with companies, universities and organisations in dedicated forums to develop and implement green growth. 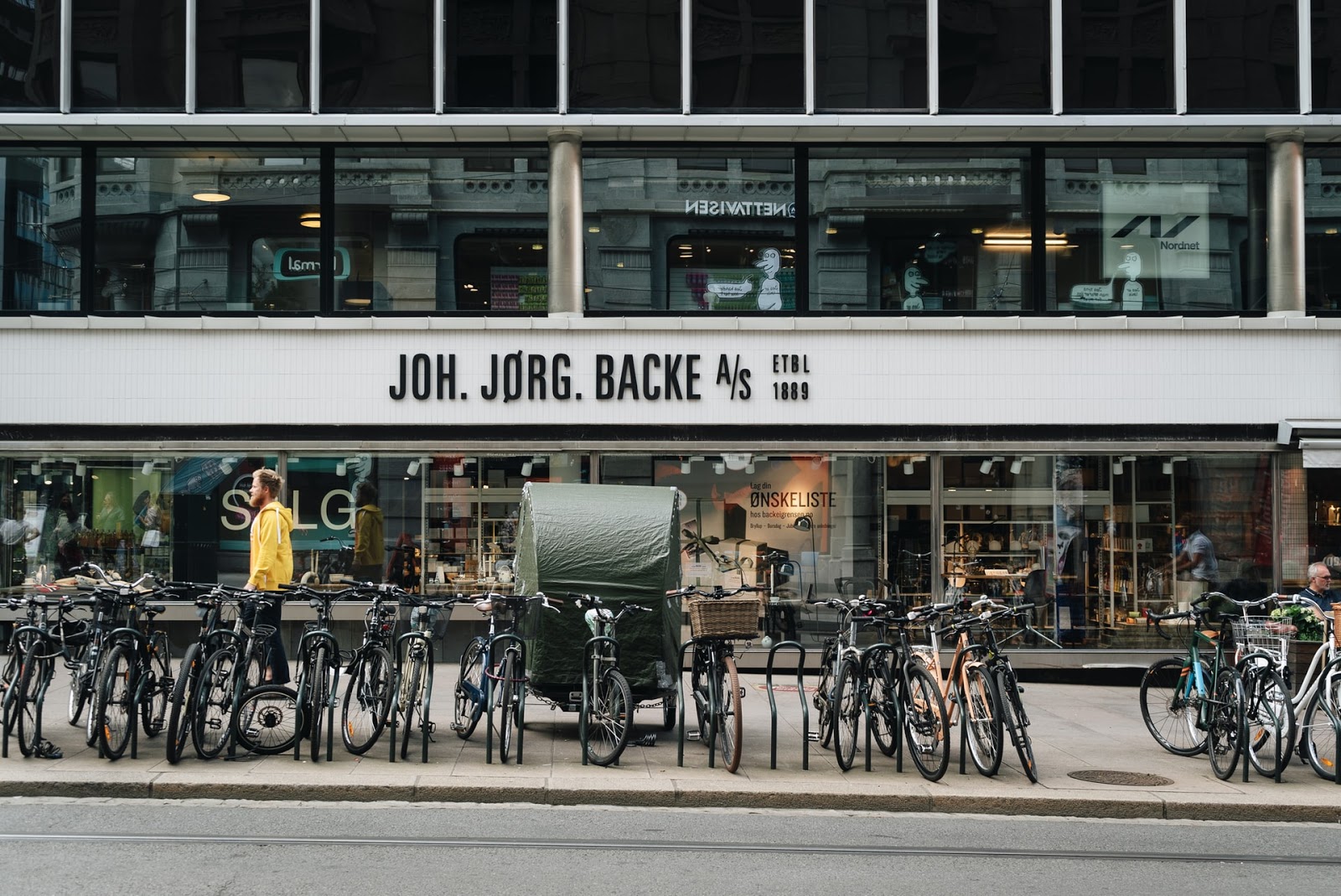 To control its climate emissions by 2020, Oslo city planned a large no-car zone to build 64 kilometres of new bicycle lanes. Steep congestion charges and a rush-hour fee was levied on motorists. Since 2012, electric vehicles have contributed to a 35 percent decline in C02 emissions in the city, paving way for better air quality and public health. Oslo now has the highest number of electric vehicles in the world per capita. Oslo is already considered a global front runner with its circular based waste management system.

By looking at the stats concerning air pollution around the world, it is clear that urbanisation, transportation, industrialisation, power generation, and agricultural activities are the key drivers of air pollution. Controlling pollution from such sources will require regulation, change in culture, and efforts by each one of us at the micro-level.

What feasible steps do you think the Indian Government can adopt to fight the war against air pollution?

Airveda team is a group of individuals working tirelessly with a mission to help people breathe well and live well.