Concerned For Elderly People At Home Due To Poor AQI? Here Are Some Tips To Reduce Their Exposure.

India is home to nearly 138 million elderly people. Older people are at increased risk of health complications due to air pollution as much due to their deteriorating health, as due to their lifestyle.

Poor AQI can have ill consequences, both long term and short term, on the health of elderly people. Also, their frail bodies make them susceptible to harsher effects of air pollution on their ageing lungs and other vital organs- it is like they are caught in a loop here, which can only be broken by improving AQI around them. Unfortunately they are so entrenched in their old habits that it is often an uphill battle to get them to change their ways and take proper precautions against air pollution.

What does the research say? 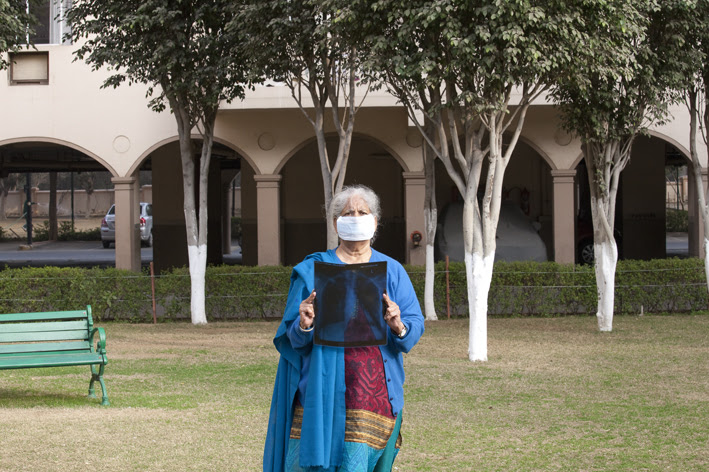 Exposure to air pollution can affect the health of elderly people irreversibly. A study conducted in Quebec among people of 65 years of age and above found that older people with pre-existing health conditions like diabetes, cardiovascular disease, hypertension, atrial fibrillation, and cancer may be susceptible to the short-term effects of air pollution. The study also found positive associations between daily non-accidental mortality and all air pollutants except O3.

Yet another research found that an increase in PM 10 concentration of 10 μg.m-3 was associated with a significant increase of 0.8 percent in the total daily number of deaths among the elderly (> 65 years of age). A similar relationship was found between COPD daily mortality and black smoke, in people aged between 65 to 74 years of age, and between Pneumonia related daily mortality.

Various researches have established a relationship between poor AQI and heart diseases. Among a frail population, individuals diagnosed with myocardial infarction or diabetes are at the greater risk of death associated with high concentrations of PM10. The risk appeared to decrease with age among elderly men and increase with age among elderly women, as per one research.

Another study found that an increase of 4.9 parts per billion in NO2 concentrations was associated with an increased risk of being diagnosed with heart attacks,it also increased chances of surgery or death from heart disease by as much as 12 percent, among the elderly. 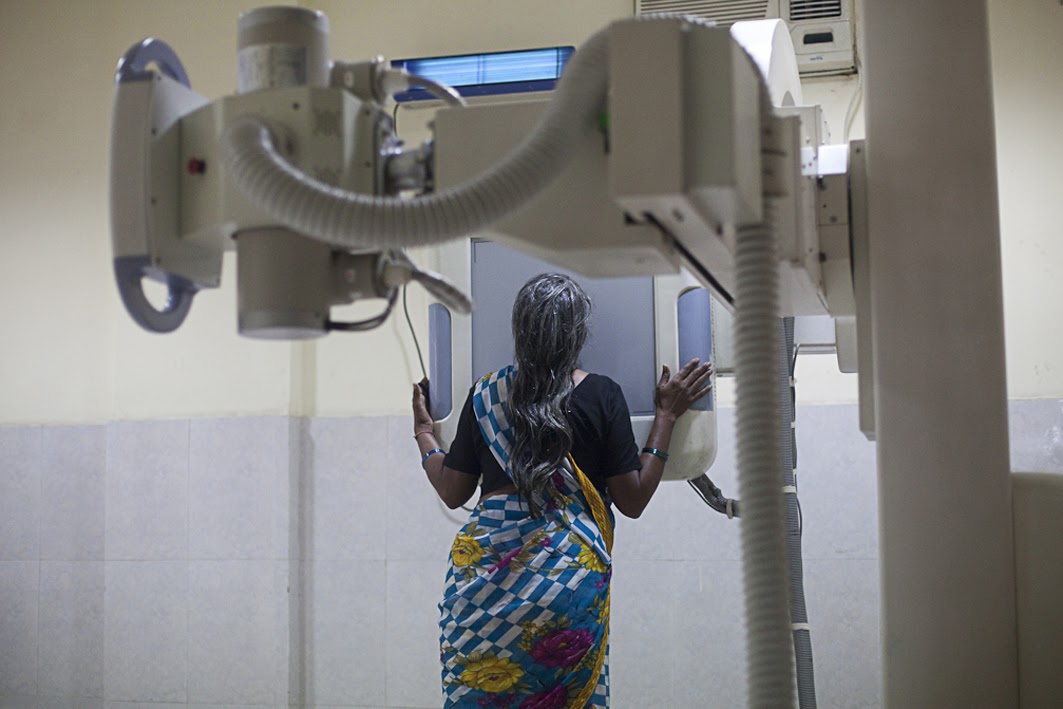 That air pollution has a hazardous impact on our respiratory system is not a secret. However, the extent to which it affects the elderly is concerning.

According to a Global Burden of Disease study (1990 to 2016) India has 55.3 million COPD patients, which make up for more than 25 percent of the global cases. Chronic obstructive pulmonary disease is a generic term used for progressive respiratory conditions like chronic bronchitis and emphysema. It is usually seen in older patients, characterised by decreased airflow and inflammation of the tissues that line the airway.

A study found that air pollutants such as particular materials from fossil fuel combustion can cause inflammation in the lung and further impair the reduced pulmonary function in COPD (chronic obstructive pulmonary diseases) patients.

What about their lifestyle? 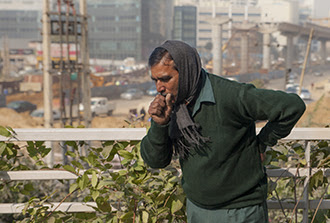 Elderly people often love to go for walks, it is not only a good way for them to get some exercise but to also socialise with other people. However, going outdoors for a walk during early morning hours or late evening, when pollution levels are high, could have a negative impact on their health instead of bringing them the expected benefits from the exercise.

The use of dhoops, agarbattis and mosquito repellent coils, quite common among elderly folks, also deteriorates indoor AQI, along with the absence of chimneys, and lack of use of exhausts that can help clear out the smoke from frying, and grilling.

Another important factor is the technical handicap. Most elderly people struggle with using an Air Quality monitor or using Air quality apps which can come in handy to keep them aware of the air pollution around them and prompt them to take necessary measures.

Most elderly people do not believe in using air purifiers and you often hear them say ‘we have grown up in this air only - air pollution doesn’t affect us’. Unfortunately, data clearly shows that air quality in most parts of India has significantly worsened in the last few years due to increasing population, industry, cars, waste burning, generators, power plants etc.

Precautions you can take

1. Ensure that elders venture outside for exercise etc at times when AQI is better. On an average we see that AQI is relatively better during the afternoon in comparison with early morning or late evening so perhaps elderly people can be encouraged to venture out for walks during this time. 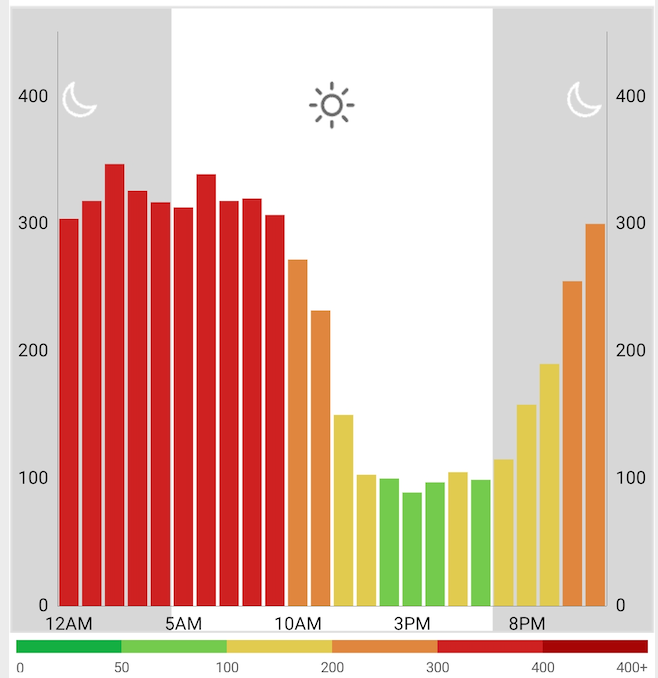 3. Set up air purifiers in their home and ensure that they are turned on especially during pollution months. Here is a guide on what to keep in mind while purchasing an air purifier.

4. Set up an air quality monitor in their house and monitor it remotely in your Airveda app. You will be alerted whenever the air quality in their home exceeds certain limits. This will ensure that you will easily know when they have forgotten to turn on their purifier, or exhaust fans during cooking and can help send them a reminder to take action. 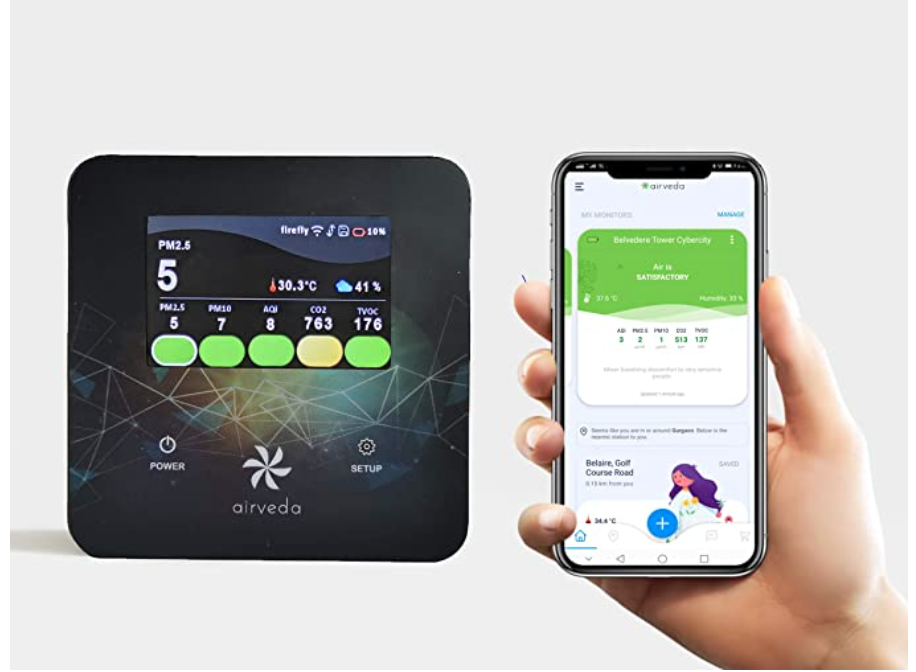 5. Educate them to limit the use of products that could worsen indoor AQI- smoking, agarbattis, use of aerosol sprays, toxic chemicals for better AQI indoors.

6. Educate elderly persons at home about the importance of cross ventilation and urge them to open windows, turn on exhaust fans or use chimneys while cooking, especially frying or using agarbattis. Here are some other tips on pollution-free cooking that can help.

7. Encourage them to use N95 masks when going outside for a walk during days with poor AQI. Fortunately, COVID has trained people to wear masks, but ensuring that N95 masks work during high pollution days can significantly reduce their exposure and protect their health. Read this article to learn more about how to select the right mask for them.

8. A regular check-up with physicians to keep a check on lung and overall health. It has become more important than ever to ensure regular check-ups for the elderly to ensure that proactive action is taken and early signs can be detected via regular checkups.

9. Finally if your elderly loved one is dependent on a caregiver, educate them on the importance of good AQI, cross ventilation, and advise them to keep an eye on practices that could worsen it, so that they can bring them to your notice swiftly.

Are you taking care of an elderly? What has worked for you in limiting their exposure to air pollution, especially during winters and festive seasons? We would love to know more in the comments below.

Airveda team is a group of individuals working tirelessly with a mission to help people breathe well and live well.